In February 2017, the Thornwood Fire Company said goodbye to our 1991 Pierce Lance Pumper, also known as, Engine 89. Engine 89 served the Thornwood Fire Company very well over the years as a first due attack engine, a mutual-aid engine and a second due and third due engine. In 2005, when we took delivery of Rescue 75, Engine 89 was serving as a "mutual aid" and "third due" engine company. 89 then took a primary role as "second due" engine company for a short time before switching roles with Engine 290 and returning to the front line as "first due". From that time on, Engine 89 served as first due engine company until 2011, when our new Sutphen Custom Monarch pumper, Engine 88, took the reigns.

Engine 89 left Thornwood in late February on it's way to its new home in Chile, South America. Engine 89 arrived on March 30, 2017 and the locals had a "welcome party" as she will now serve the "Bomberos De Chile" Fire Department. We wish Engine 89 and her new home all the best on their new adventure together. (Pictures and Video below)

As for the future of Engine 89 in Thornwood, We are currently awaiting completion of a Brand new 2016 Sutphen Custom Pumper and should take delivery of it within the next month. 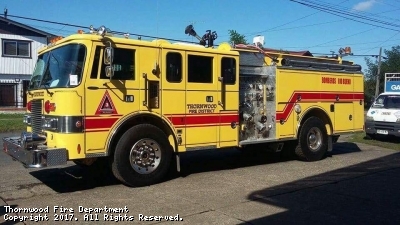 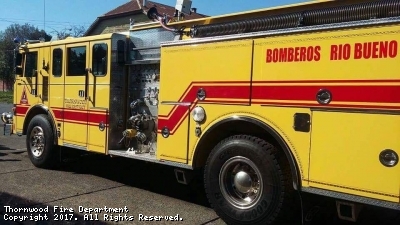 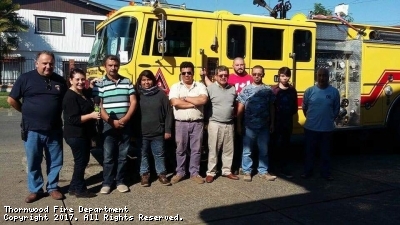 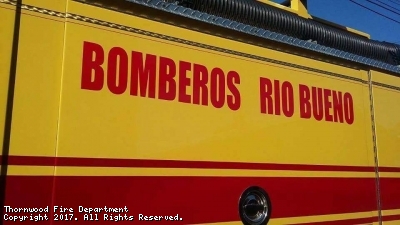 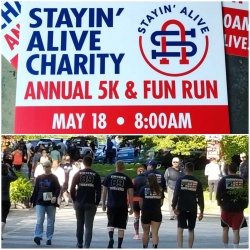 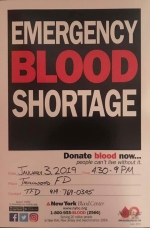 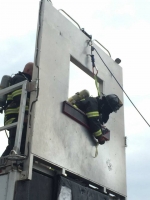 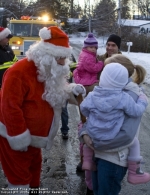 This site has been viewed 713,813 times.
Calls
News
Pictures
Maintained by the members and staff of Thornwood Fire Department. Designated trademarks and brands are the property of their respective owners. Copyright © 2006-2022. YourFirstDue Inc. All Rights Reserved. Content on this web site is supplied by Thornwood Fire Department. YourFirstDue Inc. cannot be held responsible or liable for any content, text, pictures, or any other media found on this web site.
Management login
Powered by