Brian C. Dwyer was born on October 3, 1944. A lifelong resident of Thornwood, Brian graduated from Pleasantville High School in June 1962 and joined the US Navy later that year, serving until February 1966. Upon his return home, he joined the Thornwood Fire Department on March 8, 1966, becoming a third generation firefighter. He attended his first house duty on March 17, and responded to his first fire alarm, a brush fire, on March 20th.

Brian was elected 2nd Lieutenant in 1970 and Captain in 1974. He was appointed Chief of the Department in 1980 and was sworn in by his father, Commissioner Charles Dwyer Jr., the first member of the department to reach 50 years of service.

Following a successful tour as Chief, Brian was elected a Fire Commissioner in 1984. He continues in that role today and after over 31 years, he is the longest serving commissioner in the 84 year history of the Fire District. During his tenure, he has overseen the complete replacement of fire apparatus, the modernization of headquarters and equipment, and the construction of an auxiliary fire station. He helped to organize the Fire Department Junior Corps in the early 1980's and instituted the Length of Service Awards Program (LOSAP) in 1991. Still a very active firefighter and driver, Brian has been honored with several "Firefighter of the Year" and "Driver of the Year" awards, most recently in 2012.

Brian also served as a police officer in the Mount Pleasant Police Department from 1969 - 1999, receiving multiple commendations of merit and Lifesaving Awards, and retiring as a Sergeant. He also earned his Bachelor's Degree in Criminal Justice from Empire State College. Raising three children occupied most of his free time early on, but following retirement, he has thoroughly enjoyed spending time with his 8 grandchildren.

The Dwyer family tradition of service continues to this day. His eldest son Brian was a member of the department from 1988 - 1999 and youngest son Kevin joined the ranks in March 1994. In 2015, Kevin was appointed Chief and was sworn in by his father, becoming the 4th generation and fifth member of the family to lead the department, following Charles Dwyer, Sr. (1948), Charles Dwyer Jr. (1954), Brian (1980), and Brian's brother Dave Dwyer (2009). Son-in-law Michael Essig has been a member since 1986 and grandson Daniel Essig joined the Venturing Program in 2015.

Brian is the fourth member of the Thornwood Fire Department to reach 50 years of active service. Please join us in recognizing our colleague and friend, Brian Dwyer, and congratulating him on his impressive milestone and his dedication to serving his community. 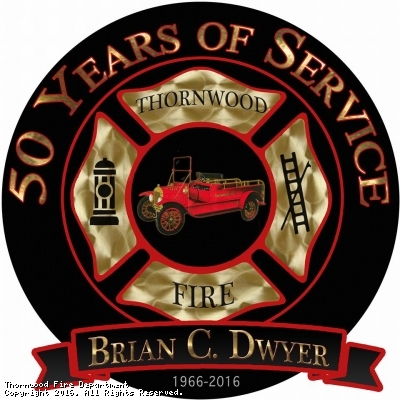 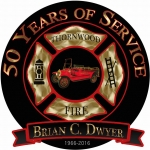 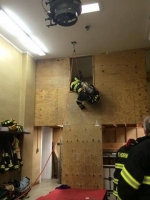 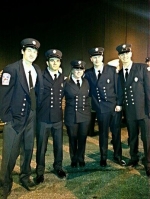 This site has been viewed 713,855 times.
Calls
News
Pictures
Maintained by the members and staff of Thornwood Fire Department. Designated trademarks and brands are the property of their respective owners. Copyright © 2006-2022. YourFirstDue Inc. All Rights Reserved. Content on this web site is supplied by Thornwood Fire Department. YourFirstDue Inc. cannot be held responsible or liable for any content, text, pictures, or any other media found on this web site.
Management login
Powered by